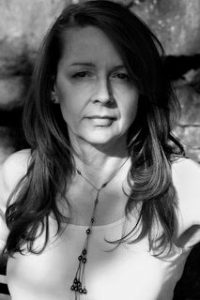 Janet is a goldsmith and silversmith, having gained a 1st class honours degree from Loughborough College of Art in 1983 she started her own business the same year. Since then she has won both design and craftsmanship awards within the industry.

Janet delights in creating bespoke pieces for individuals, seeking to fulfil a hearts desire or, often, to give rebirth to an inherited piece of jewellery. Unusual small production ranges for retailers of fine quality jewellery and gifts are also an interesting diversion.

Janet’s work has been exhibited nationally and in Europe, most recently at Goldsmiths’ Hall and Somerset House in London and in the past at Garrards and Liberty’s London.  Janet has been commissioned and created the jewellery for several films, the most recent being for Meryl Streep in the Iron Lady.

Janet is a Fellow member of the Institute of Professional Goldsmiths and a Fairtrade ambassador being registered as a Fairtrade Goldsmith, and only use conflict free diamonds.

Thank you for looking, I do hope you feel inspired.